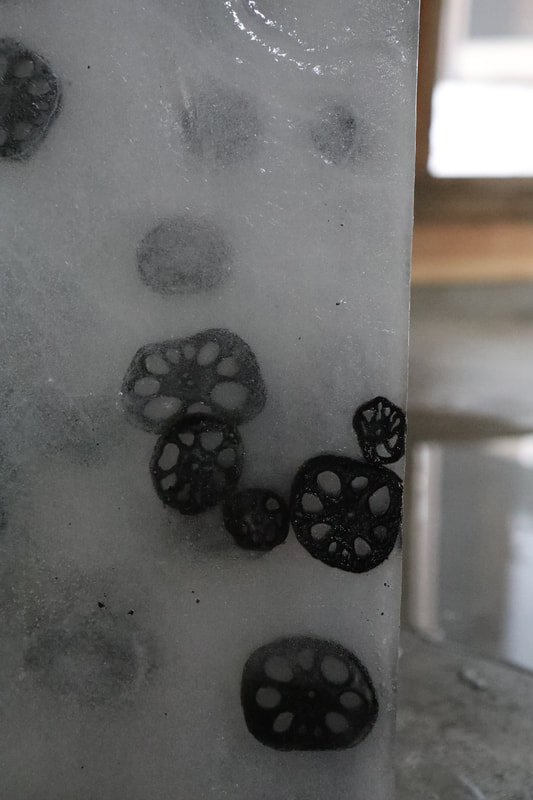 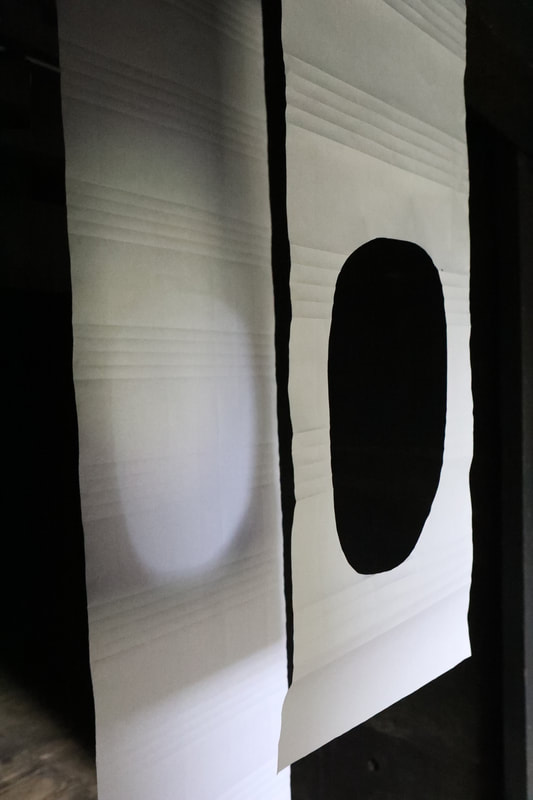 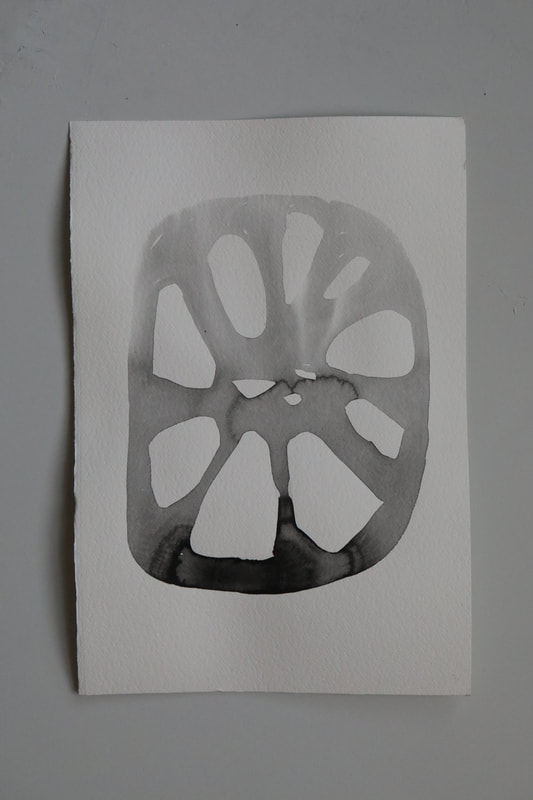 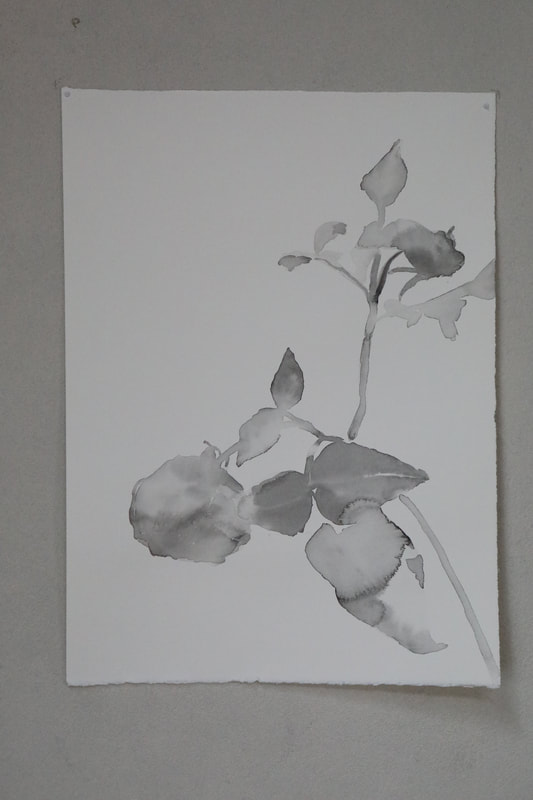 New work by Ebony Rose
​
“When the tongues of flames are in-folded into the crowned knot of fire And the fire and the rose are one.”1 -T.S. Elliot

While an artist in residence at Yamakiwa Gallery (Mountain Edge Gallery) Ebony Rose created a new installation and a series of drawings in response to the traditional Japanese farm house setting and her exchanges with the villagers. The installation continues through multiple spaces and common to Rose’s work there is an evocation and experiencing of time: the present, the residue touch of the hand, and phenomenon changing. In this body of work darkness is emphasized and death alluded to. Inspired by the Japanese Zen word shoji that translates to life-death where these two words are only separated and connected by a small hyphen,2 in this installation death and dark to life and light are not so much separate entities but parts of the whole.
In the entranceway water puddles on the floor in the shape of organic and perfect circles and cindered lotus roots are frozen in a block of ice. They act as a threshold and stopping measure where one has to navigate around an obstructed path to get to the door. Transformed lotus roots that are frozen, a block of ice resembling a gravestone that melts, water in the shape of a circle evaporating conjure life cycles, loss and a wider scope of time. On opposite walls are drawings of a cross-section of the lotus root. The cross-section consists of holes for oxygen that appear in the form of a flower-like shape. The root is drawn both representationally and abstracted further to resemble the lotus flower.
In another space (the attic of the farmhouse) columns of cut shoji paper intersect two rooms and vanish into darkness. Shoji doors, a common feature in Japanese architecture and found throughout the Yamakiwa Gallery farmhouse are sliding doors. Through the sliding of a door one space becomes two or two spaces become one.3 The paper has been folded with various line patterns that replicate and build onto existing patterning within the building. Cut outs of organic circle shapes stand in as voids and holes that also replicate the circles found throughout the installation. The columns stand somewhere between monumental and diaphanous. Where in the previous space the materials of water and earth were close to the ground, in the attic space there is a heavenly quality where long white columns stand in a dim room and gently move with the breeze. Subtle washes of colour cast from the window glow on their surfaces where very fine lines from the folding are present. The view through the window are trees, the garden or snow, weather dependent, and a small graveyard.
In a room adjacent to the installation there are watercolours of the rose which also echo the lotus. The roses oscillate between dimensional and silhouetted and they hang near a shoji window where silhouettes of plants are shadowed onto the surface at various times in the day. The repetition with the rose drawings alludes to practice and getting-to-know intimately. The pairing of these two flowers, the lotus (in the ice) and the rose (in the drawings) were also based on the meeting between Rose and the villagers. She was inspired by the continual acts of kindness. (Each day one of the resident villagers would drop prepared food or vegetables at the doorstep. Another villager generously taught her the craft of charring plants, in particular charring lotus roots). Rose made numerous rose studies, seventeen of which to give to the seventeen households in the village. She chose the rose as a symbol from her home and also because of the parallel symbolism of both the rose and the lotus.