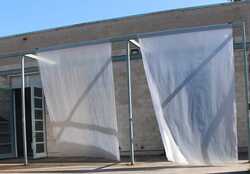 ​I  titled this work PINNA. What I like about this word is its smallness and its bigness, its relationship to the body, to movement and to listening. However, I came to this word after reading and being inspired by the word, Tolikna from the Miwok people of Northern California. Tolikna means flapping coyote ear. I am struck with the specificity of a small animal’s ear and the action “flapping” given its own weight and name. I didn’t feel right using Tolikna yet it led me to more thought and to find a word from my native English tongue.

Pinna-
As defined by Merriam Webster

1.“a leaflet or primary division of a pinnate leaf or frond.”- I think of particularities of plant life and the air between the fronds.

2. “a projecting body part (as a feather, wing, or fin).” I think of extensions and movement.

3. “a largely cartilaginous projecting portion of the external ear.” A diagram points to an outer parameter of the ear. -I think of the outer edge of the body and the space around the body, sensory experience(hearing and sound).  I think of something small in relationship to what is big, what we see and experience and often don’t notice.

Through repetition of forms and materials the interior and exterior become a continuum. In the interior space, ironed and patterned drop cloth plastic hung from existing fixtures. Near the windows folded aluminum picked up light and swayed back and forth from the window's  breeze. Out of  doors large  plastic flapped in  the wind.  Beyond a fence, a bag flapped in a tree and could be seen from inside when it moved upwards. Even further on an imaginary field was evoked: the sound of waves was created with the plastic's movement outside. 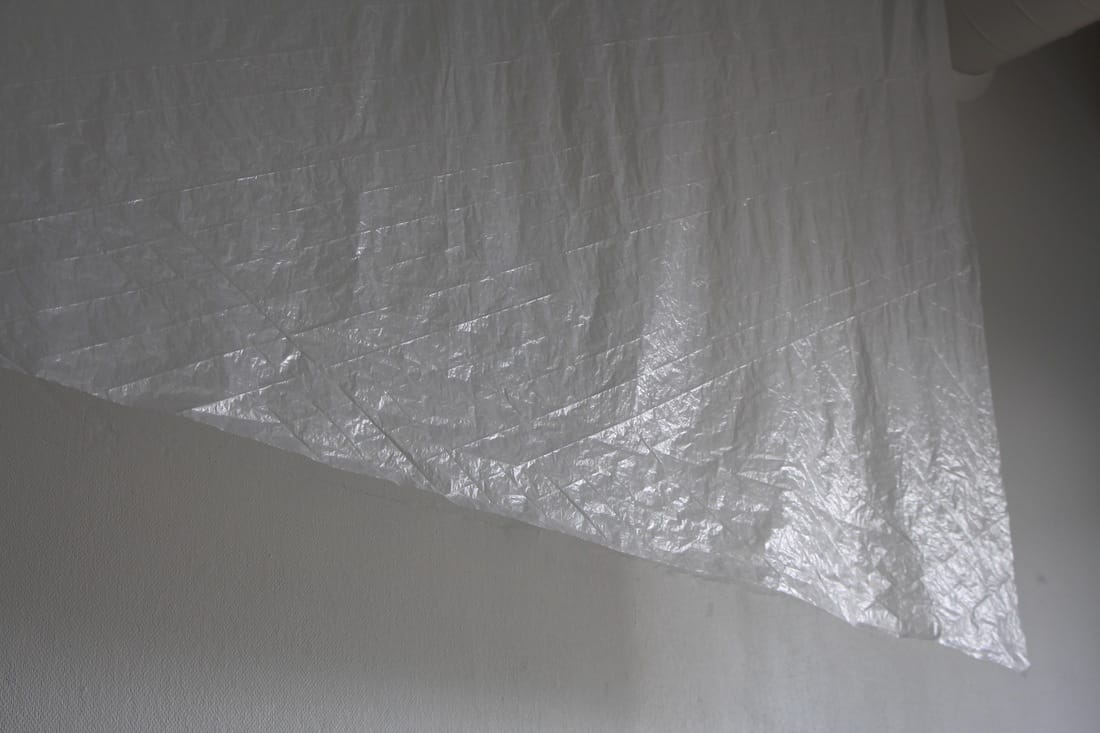 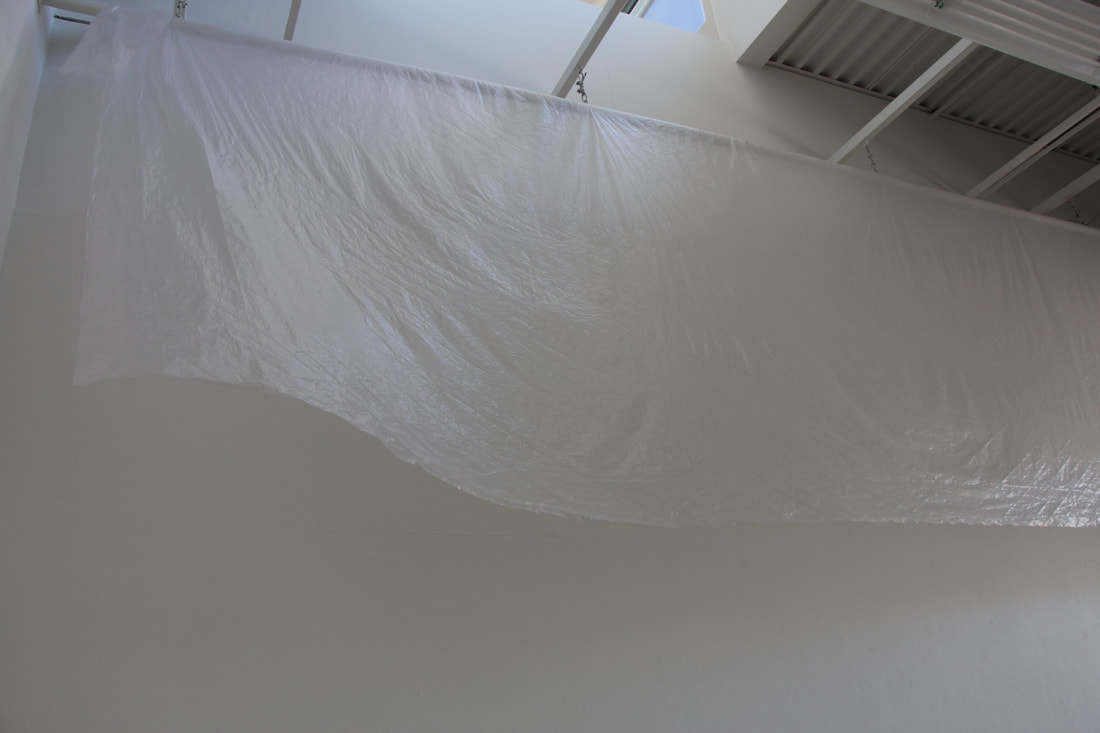 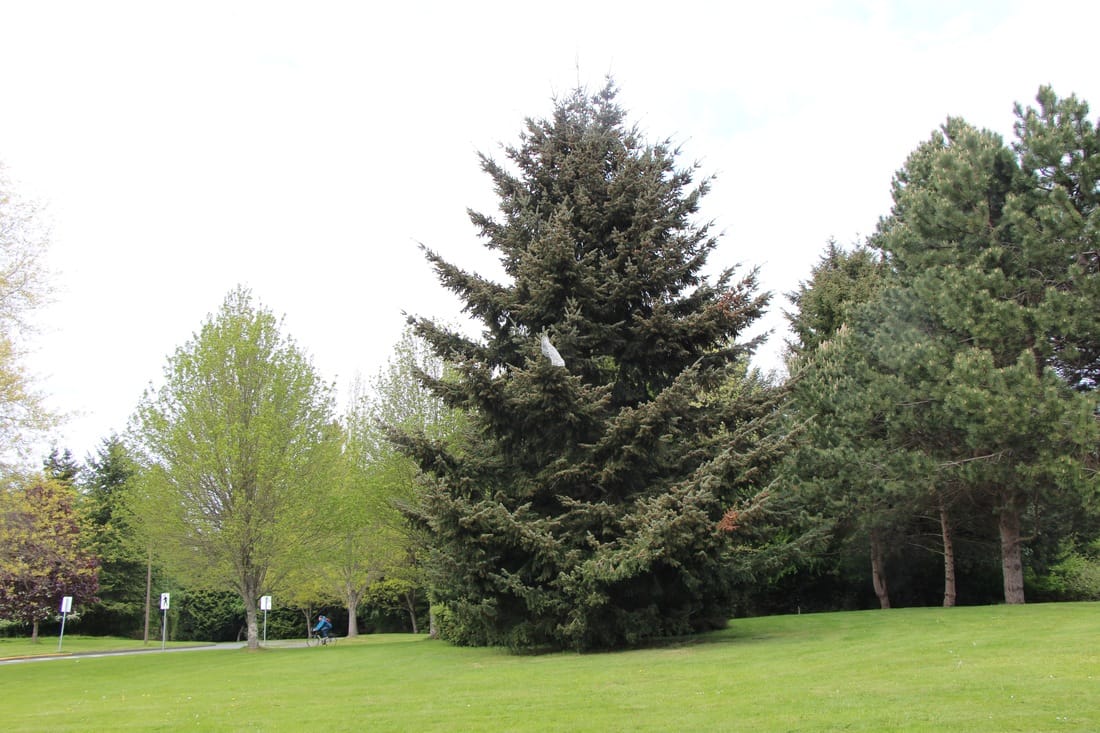 ​
​
​ This component of Pinna was located in a distant field and occasionally visible from the indoor room windows when the bag would blow upwards.  It was viewable outside to  the passerby as a peculiar object hanging in a tree. 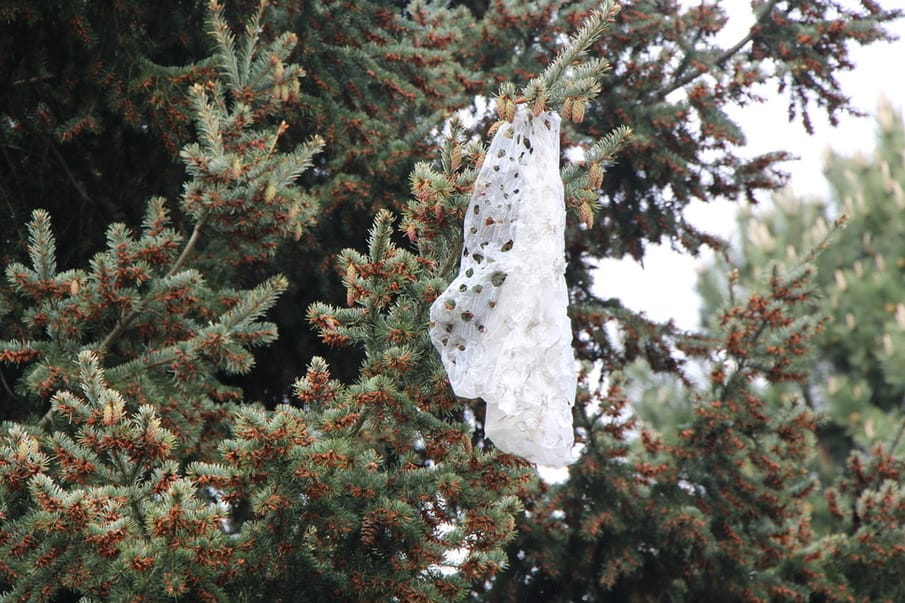