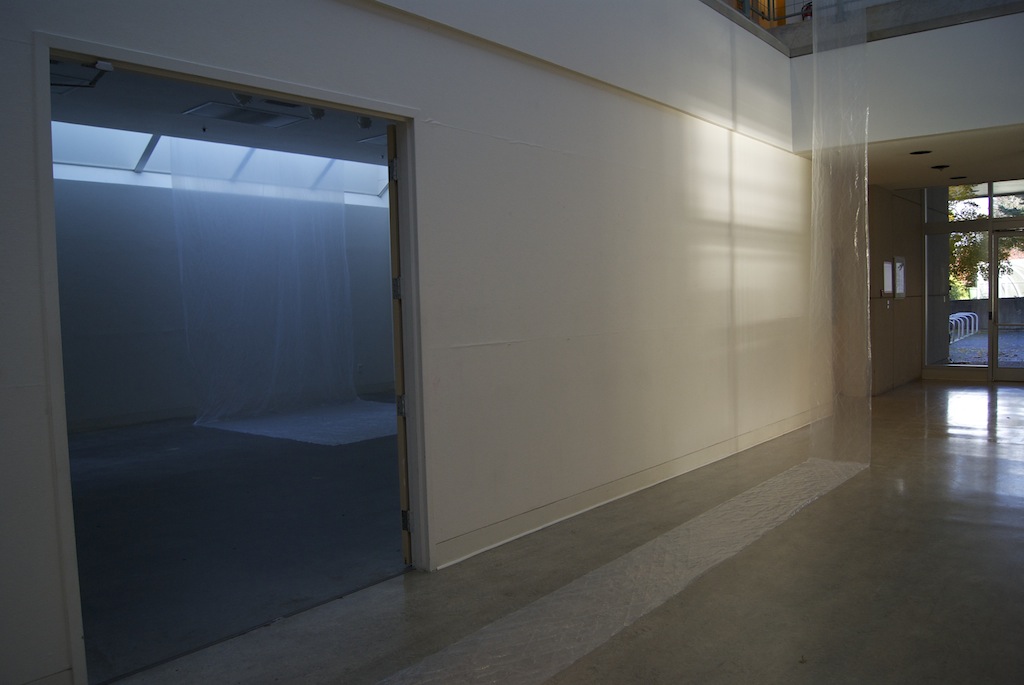 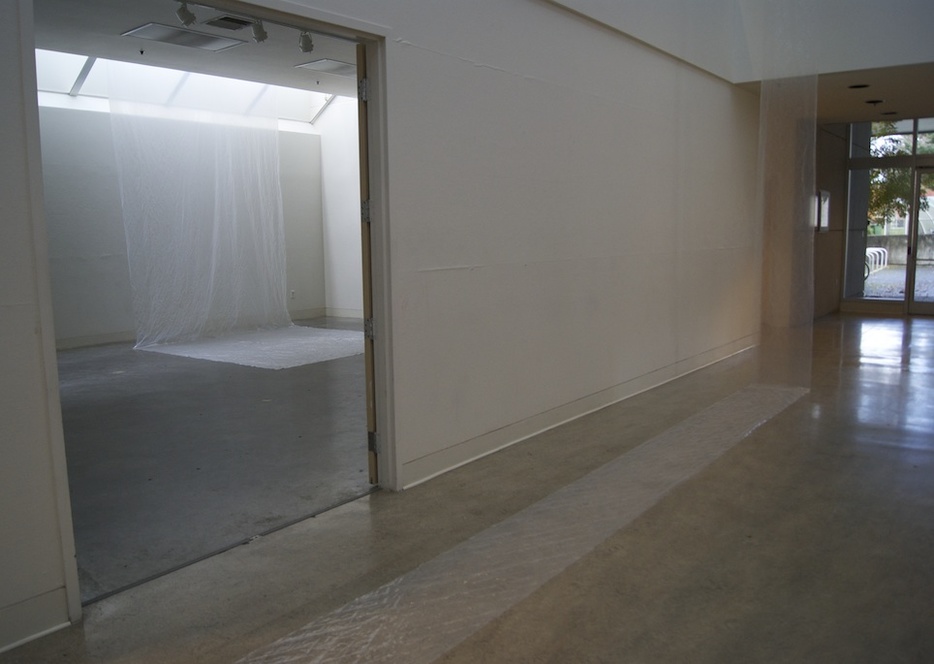 “I didn’t even notice”, says the onlooker in a tone of discovery. It is then that the onlooker proceeds at a different rate, expectations turned, possibly not expecting but rather being with the piece. The other onlooker I suppose wasn’t satisfied and walked away immediately until the first onlooker told the second onlooker to come back and look. Initially all they saw was a piece of plastic hung on a wire. Slowing down and proceeding eyes skim across hung plastic... I hear words spoken about looking and seeing, continuing on...still looking and seeing and looking. 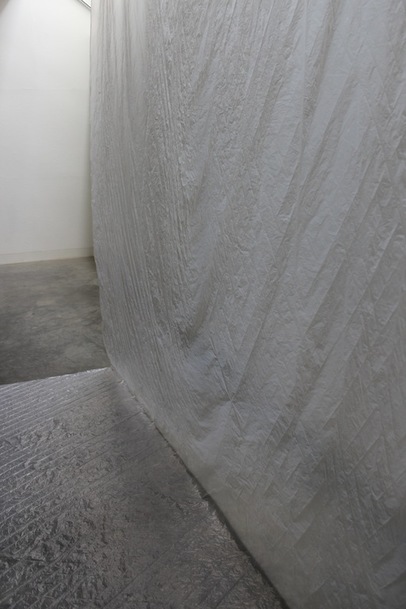 1. Interplays between objects and light.

2. Barriers /connectors such as skins or walls, or the empty space and the absence of connectors, separators, encasements and protectants.

3. The funambulist (a tightrope walker), the internal and external and also in relationship to these so-called “walls” or “joiners”. The philosopher Lefebvre talks about the “funambulist” being held “between the mental sphere...and...physical and social spheres” 1. He continues on to say “From time to time some intrepid funambulist will set off to cross the void”.

4. The process of materializing and dematerializing...building up, breaking down, building up. Finally easing into just “being”.
​
5. Interpenetration between self and world. (Idea from Kay Larson’s, “Where the heart beats”, John Cage, Buddhism and Suzuki 3 and explorations in Buddhism.) 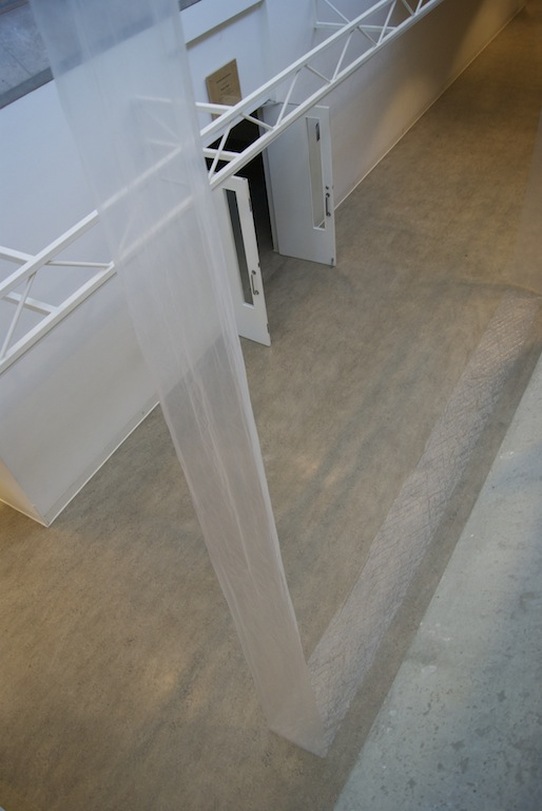 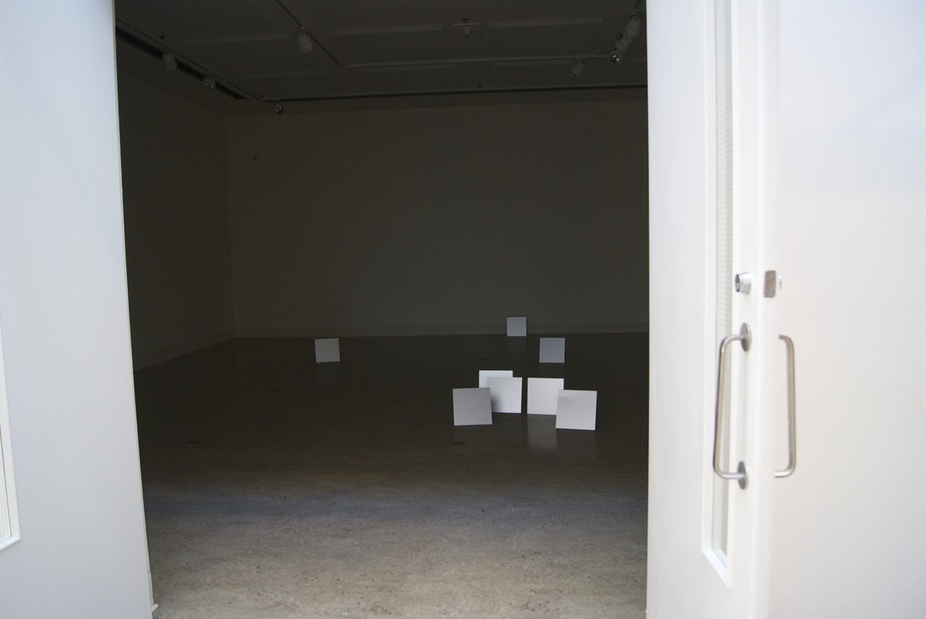 Sixteen pieces of anodized aluminum metal, which have been cut in one by one squares, are set up in sets of two comprising eight sets throughout the space. Two pieces of metal lean against each other in an angle like a playing card in the game of building castles. As the human body shifts in the space the eyes notice how the light also moves. This room that was once hard, null, void is interrupted by these slight pieces of aluminum ricocheting light. A space near dead-ending is opening again﻿. 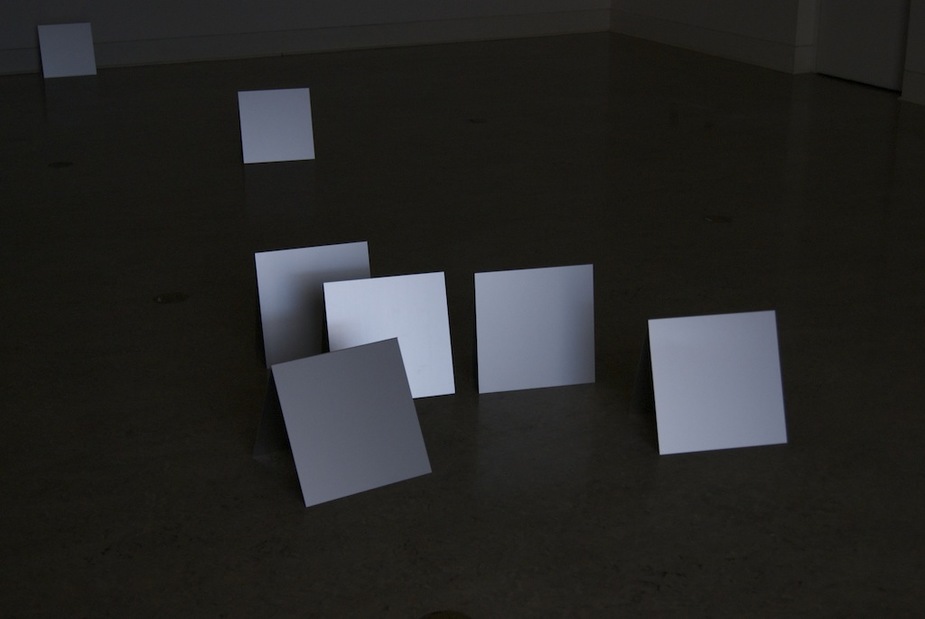 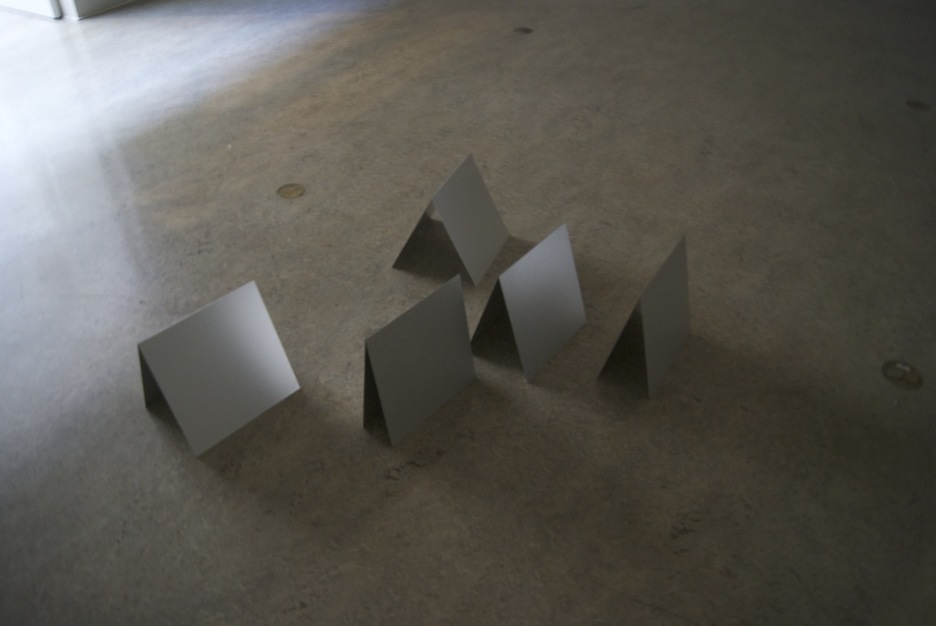